With two months left until the release of our new album, we’re now launching the funding campaign for the possibility of getting the album printed in a beautiful double-CD digipack with a 12 page booklet.

We already have all the artwork and design done. But since the album is a double CD, the printing cost is quite expensive. Because of this, printing physical copies will only be possible with the help of fundraising.

We have put together different packages that comes with different rewards. If you want to read more or wish to help us with printing physical copies of the album, check out the Kickstarter campaign on the link below:

We are happy to unveil the cover and super excited to announce our upcoming new album ‘THE CORRUPTED LULLABY’! It will be released and available digitally on November 1st on most music platforms such as Spotify, iTunes, Google Play, last.fm and many more!

‘THE CORRUPTED LULLABY’ is a double-CD concept album with a story from start to finish accompanied by more than two hours of music. The album was mixed and mastered by Anthony Berlin and contains contributions from several voice actors as well as additional vocals provided by Linda Lundberg of the band Since Ever.

Being our biggest ambition to date, we didn’t wanna reveal anything until the product was finished. Now that the album is mixed, mastered and ready for release soon, it feels great to finally share some news! 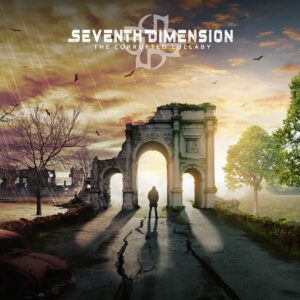